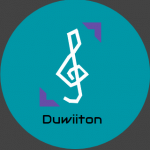 For A Role Review Put It On My WallEdit

For if you want to create a role:Edit

My Guide To Roles

For if you want to study the art of roles:Edit

My Role Bible. This includes every role I have ever made.

I make roles, I review roles.

Neutrals, they provide the most creative leg-room. Otherwise Coven.

Abomination/Aristocrat. They have unique mechanics that people seem to like.

Role Ideas (Other). I like faction ideas as they have to be complex. It's like reading the final project of students in Role Class.

Funsies and Randomies. Nothing against it entirely, but it is the basis of a lot of pointless chainposts which sure do annoy me to no end. It's a lot harder to bring attention to anything that's not a chainpost, and most chainposts require no thought to them so they're easy to continue for a long time.

hey why did you do that mew that's not very nice
Retrieved from "https://town-of-salem.fandom.com/wiki/User:Duwiiton?oldid=534968"
Community content is available under CC-BY-SA unless otherwise noted.