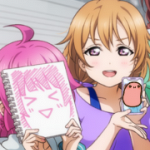 aka Kristian AKA That one loner vampire

In a cold night of town of salem, there lives a villager, one who stays inside, away from the outside, writing in a notebook page, when the mayor broke in, and stole his notebook page, and left.

The mayor remembers the good town that died from the evil mafia and serial killer, then the survivor they trusted turned to a vampire, he buried many dead. Even once he almost got killed himself, if it wasn't for the bodyguard, he would be dead, he remembers it every night.

The mayor walked out after talking to the sheriff who visited him, he had a meeting with a doctor, his poor illness got to him again, so he went to get some medicine, his poor disease had changed every time it hit him, the doc and the mayor had a bad relationship, but he knows the doc won't kill him, they both agree to get rid of the mafia and other evil doers. But on his way there the godfather opened fire on him for revenge for getting the vig to kill the janitor, the jailor to jail and execute the witch, and the town who lynched his mafioso, the godfather mutters under his breath that the consigliere is checking who the mayor knows is the jailor, who has jailed the known serial killer for stabbing the escort. The bodyguard, who looks like he does, jumps and pushes him into an alley way, taking the bullets for himself, but unlucky for the bodyguard, he couldn't pull the gun out of his pocket in time, and died without killing the godfather.

The mayor, unwilling for a life to go away, pulls the gun out and shoots the godfather in the head, realizing after he sho ots he never killed a man before,he decides to leave the medicine run and go back home.

The town managed to fine and kill the last mafia, but after the event there was only him, the sheriff and a vampire hunter left. The vampire hunter leaves muttering under his breath "his work was done here" the sheriff, with his skills for noticing, realized a town member who never came out with a notebook paper out.

The mayor makes it home, locking the door of his house, then realizes he"s not alone, he hears a voice say, "you think you can just take what you want and leave, huh?"

the mayor sees a gun pulled out at him, and mutters his last word, "no..."

The next day... The sheriff had a heart attacked, so mafia wins!

Real info about me Edit

I am male (even tho I am confused as a female, guess I am a reversed playful)

I am a gamer, though I am pretty chill. I don't play ToS as much, but I play a lot of other games. I play a lot of visual novels, like Dangan Ronpa. I mainly am found on discord and am a pretty active Roleplayer and Host, typically of Dangan Ronpa and other death games. Though I do join a few games.

I am a dog and coffee person.

I can also legitimately say that I am a universal gamer, as I play on any console and computer.

I am a math addict. Though I personally hate using calculators and prefer doing pencil/pen and paper method. (Which my teachers don't like due to the fact it takes longer to do, but meh)

I have bad handwriting, I can't say if that is a good thing or bad thing, but hey, it's cheat proof.

I have a weird habit of sitting cross legged, I honestly have no Idea why I do it, it's just natural. .

TOP 3 Favorites and least favorites of each team! Edit

now that the story and other stuff is over, I will give you guys my top 3 favorites from each team

Top 5 favorites from the coven update.

Retributionist: You bring someone back that is town.

Serial Killer: Love the Chaos of this role.

Vampire: A cult that either everyone panics about or doesn't care about.

Consiglere: I know your EXACT ROLE.

Framer: Y U BE MAINLY USELESS?

Werewolf: A slow killing role with kinda bad claims... At least you can Mutikill.

Mediums: DEAD, WHY YOU NO STAY IN GAME!

Arsonist:ZZZZZZZZZZZZZzzzzz (still haven't got to try the buff yet ;-;)

Order of most wins for...

Order of least wins for...

My personal achievements on the wikia Edit

My epic in game moments Edit

N1. I was jailed, I told my plan to the jailor, I'll claim survivor to the town and whisper to the mafia that I will work for them, however backstab them, and that he jailed me for me to get the achievement not afraid.

D2. The bodyguard and mafioso died, mayor revealed, I claimed amme. Sheriff found a member of the mafia, the consort, was lynched 8-6

N2. Nothing much happened, I was alone =C

D3. Sheriff died from mafia, A vigilante died from veteran, a blackmailer died from vigilante, Blackmailer will showed him blackmailing the mayor. Janitor died from jailor's execution. Death will showed he claimed to be the bodyguard. Two amnesiacs remember consort, so we have the gf and two consorts, mayor, jailor, vigilante, veteran and me. The gf whispered to me to vote will them, I "Agreed" but I wanted to know the other two mafia so I wouldn't "accidentally" lynched them. He tells me them, Then I yell out their names out to the entire town, and the gf was lynched. No innocents, the mafia thinks they can keep their cover

N3. The jailor jails me, I told him I kept his promise and he is keeping mine. But then... The *beep* clicked execute. Evilly laughing and saying I was so easy to trick. But the mafia comes to my aid, Roleblocking the jailor and killing the mayor.

D4. The vigilante killed the Jailor. So It was a vigilante, Veteran, Mafioso, Consort and me. The vigilante saw his mistake as we lynched him, should have believed me. Lynched 4-0.

N4. Lonely night, but no worries about being killed.

D5. Turns out, the mafioso tried to end the game early by shooting the veteran, but the veteran used his alert. Killing him. It was down to the veteran, mafioso, and me. The veteran kept saying that mafia is into chaos then the town, however, I tell the entire story, me being jailed and working with the town, lynching mafia, about to win, jailor executing me but being roleblocked. And finally until today, the veteran was shocked, and pleaded it wouldn't be the same...

I said that was the last time I'll ever trust town as survivor, and lynched him.

You been attacked by the Werewolf! You have died!

Werewolf killed me, the godfather, 2 serial killers and two vigilantes.

Consigilere win, am I a god? Edit

Town of Salem game with Jim Holden, Vert and someone else.

My consiglere scroll worked, and I was in a mafia with a mafioso, a forger, a consort and a blackmailer.

N1: I found a serial killer Right off the bat!

D2: A serial killer killed our blackmailer and the mafioso killed a vigilante, who's will was forged and said "Pootis(Vert) is a serial killer" Somehow town believed this but Vert wasn't put up.

N2 Invested Jim and found that he was a jailor.

D3 Mafioso died, our forger was promoted. I whispered to Jim for his role.

N3 I was jailed, claimed invest and posted will.

D7: Down to me, who has gotten no kills because of a doctor and I found 2 immunes, Jim the Jailor, who has executed a jester and a serial killer, Vert, who's somehow still alive, Report Me(The person who I forgot) and another person, who we preceded to lynch.

N8: Jim executes report me, who was the serial killer I found D1, and I kill Vert, who was a survivor.

Mafia won... With me against 2 serial killers and a bunch of town when mafia preceded to die within the first 4 days. 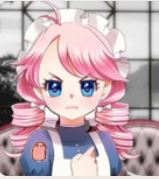 Retrieved from "https://town-of-salem.fandom.com/wiki/User:HAWAIIANpikachu?oldid=538395"
Community content is available under CC-BY-SA unless otherwise noted.