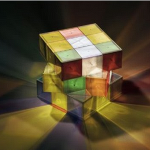 Just a collection of some of my favourite role ideas/reworks (Make you sure you check the date of the last post before replying):

>my tag will be bmer, and itll have eight adjectives dammit sondz

>ill do face reveal when I win

>x person is /getting more support than me, ill never win...

Some info, I guess

Role: You are a lawyer that studies content intensely, leaving the mafia after an intense dispute.

As RubikJohn crept around the corner, he quickly studied the noose, knowingly risking his life. After all, he did this every single day, for he was the noose-checker, payed 20 dollars per hour for this horrible and terrifying job. Tip-toeing his way to the centre, he took the noose and found something peculiar. There was blood, and the noose was dirty, from the Anon that was killed last day by the lynch-happy Mayor, with what he knew to be the mafia pushing it. Yet there was something peculiar about this noose. A trail of blood ran from it, all the way to the forest, filled with blackberry bushes that he had picked from from the day before- and the body was missing. Determined to find the culprit of who stole the body, he ran towards the forest, and approached slowly as he heard the most intense stabbing he had ever heard. The Serial Killer, he thought nervously, as he approached with his gun- lifting the bushes. He immediately turned pale white. For it was not the Serial Killer that he found, but rather, something even more terrifying- the Mayor, suddenly took off his visage and revealed his mask, proceeding to berate the poor Medium laying against the wall. He muttered with his knife while shaking: tOo EaSy fOr MaFiA tO cLaIm, tOo UnDeRpOwErEd, UnBaLaNcEd, YoU hOrRiBlE eViL pErSoN.......and though the Medium tried to show her will, the information that she had, the so-called Mayor didn't care. He stabbed her directly in the chest, and left her to die and struggle with the thousands of alt spirits that would haunt her, repeating the same lines over and over again. And it was then that RubikJohn saw who he really was-

Abilities: You can check the noose each night, checking for if there is a Role Reviewer. If there is one, you will follow them into the forest where you will promptly be murdered for not being harsh enough to new users.

What the Town Members can be Arrested/Charged for (by TheRetroPioneer)

Retrieved from "https://town-of-salem.fandom.com/wiki/User:RubikJohn?oldid=519064"
Community content is available under CC-BY-SA unless otherwise noted.